Christine and Kyle were married this weekend. Christine is a former coworker, and, more importantly, a great friend who used to support one of my more peanut-chocolaty vices: M&Ms. This part of the day was normal. The ceremony was very nice, and the reception was at a quaint country-inn-with-a-reception-room-glue-gunned-onto-the-back-type of establishment called Nostalgia, in Chalfont (tried to link it up, Nostalgia, but your website looks to be on siesta…www.nostalgiawedding.com, one way or the other). Up to this point, things were normal.

Then, someone pulled out the fish hats. They were well-made, clearly premeditated, and maybe even pre-premeditated. People put on the fish hats. LOTS of people. I asked the bride politely, “What the hell is happening?” This part was not. You KNOW that's what I said, so why are you looking at me like that? FISH HATS!

And that’s when the conga line started up. Now, in a room packed full of people, I’ll be the first to claim that conga lines are aesthetic hate crimes. But man do they sure make for good pictures, and that’s even without piscatory headwear.

Turns out it was Fish Amnesty Day, which some people take pretty seriously (sorry PETA, I tried to set up a link but your website wasn’t having it either), and some people take less so. It’s actually an effort to get people to stop fishing and eating fish, but it sounds more fun if hats are involved. I think the effort put into the hats, and the earnestness with which they were danced under, negotiated a pretty effective middle ground between sober and slapstick, which is something everyone needs a bit more of these days. Before the protest began

Christine looked lovely, of course, and it was a fantastic time.

Robert and Annise are a highly amusing, highly friendly, and aw-shucks-just-darn-cute couple. I had the pleasure of shooting some engagement shots for them on Wednesday. It’s great when the people you are shooting relax quickly, have a conversation with you during the shoot, and just act like themselves (at least I’m assuming they were acting like themselves, this being the first real amount of time I spent with them). There was one small encounter with law enforcement during the shoot, but I think I was on the moral, or at least procedural, high ground, and coming out of an engagement shoot with scoff-law credentials just made the evening all the more fun.

Once again, congratulations to Annise and Robert, and thanks for a fun shoot!

Yeah. I know it’s actually “fashion”, but following along the lines of Futzin’ and Flugen, well… 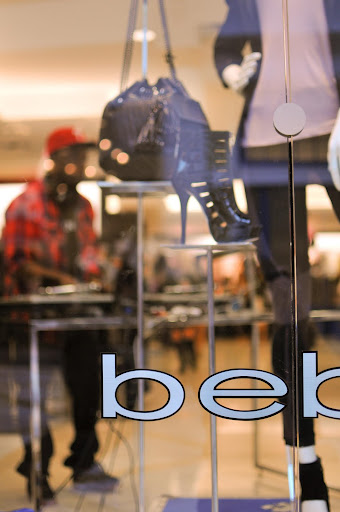 Last night I was out at the bebe store in the King of Prussia Mall for Fashion’s Night Out, a nation-wide event of shopping and fashion promotion. The basic deal was you stand in front of the step-n-repeat (tutorial if you don’t know what that is: it’s the logo-laden backdrop you see things like interviews in front of, or the background in the shot below), I take your picture, and then it goes on bebe’s Facebook pages for you to tag your image and enter for a chance to win a gift certificate. 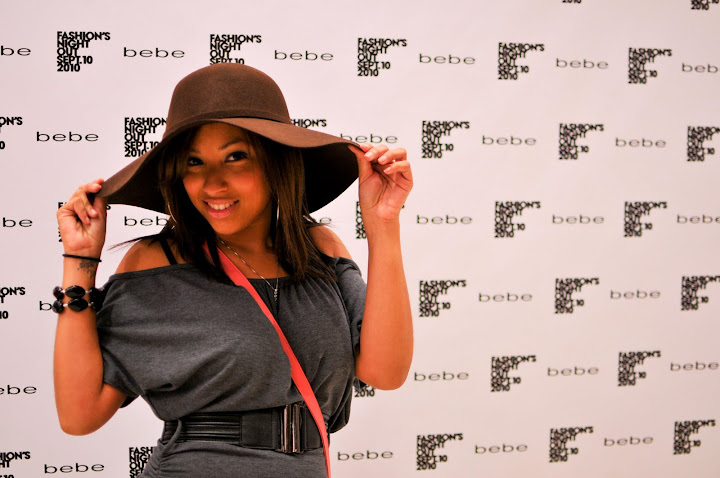 It was interesting to see how the crowd changed over the night, perhaps at least partly on account of the occasional free cocktail found here and there about the mall. At 6:30, it was murder trying to get people to have their picture taken. At 8:30, I was having to work quickly to keep up, and the customers were just a bunch more jovial at that time. Not to imply that the earlier customers weren’t nice people…it’s just that at points their demeanor and facial expressions suggested they didn’t understand they were only going to get shot with a camera. 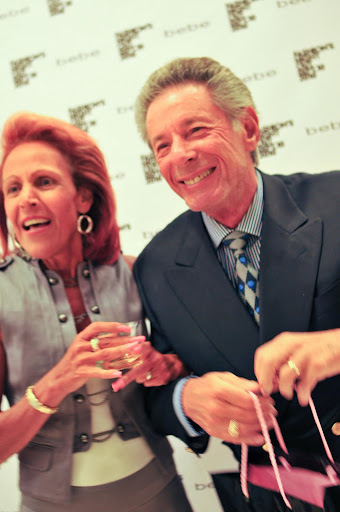 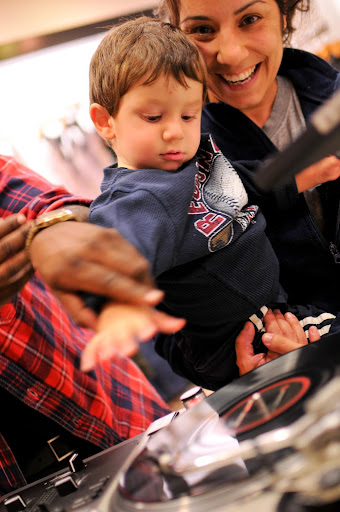 The store also had a pretty good DJ (pictured above only by way of the red plaid shirt tail) who kept up a nice vibe in the store, and he was even nice enough to (a) let the little tuber above get in a little scratchin’, and (b) explain to me (probably about eight years after I really should have known this) how it is that DJs pull music off computers while still being able to scratch and mix and do all that DJ stuff that I think is cool but I don’t understand even after good explanation.

Good times were had…thanks go out to bebe’s staff and all the customers who dropped by. Saturday was Red Bull’s Philadelphia (actually, it was Camden) Flugtag. Not familiar with flugtag? This is a series of events, held around the world, where teams enter their own homemade flying machines in a contest to see whose device can fly the farthest.

There was very little fluging. I’ve heard that the farthest flight was an astounding 35 feet, which is just barely better than the world record for long jump without a 30-foot-high barge and fake wings to help you.  Based on the devices I saw, they are not allowed to be powered at all–just a glider.  Also based on what I saw, a rational possibility for actual flight is not required and possibly even actively discouraged. Most teams seemed less interested in trying to come up with something air-worthy and more interested in standing there in silly costumes trying to attract attention to themselves, before shoving their papier-mache thing into the Delaware River in front of some of their friends and a whole bunch of other people who showed up for the free Red Bull.

I hate to say it, but it was boring. Watching people I don’t know shove poorly conceived and constructed wrecks off a barge just lost its appeal really really quickly. Some of the teams had clever ideas, but none of those clever ideas were aeronautical.  And then there was the incessant press of humanity, and one knows how I just love the assholes-and-elbows type crowds. The walk back over the Ben Franklin Bridge was very enjoyable, though, and it afforded great views of the size of the crowd, including the armada of small motorboats that had the best vantage point for la gran fracasa. The D300s owner manual is really thick. It’s gonna take some time to get through. But as I said yesterday, the camera is also fantastically intuitive, once you learn what each of the buttons does. And if you are familiar with another type of dSLR, each of the buttons does something you are already used to. I’ve had many a moment over the last two days of saying, “Ohhhhh! Makes that easy.” As a testament to the quality of this camera, even my daughter is making more of an effort than usual to try to chew on it. Saliva survival report perhaps to come soon.

The new camera showed up today.

I want to think that I’m one of those people who insists that great pictures can be taken with lesser gear and better technique. In fact, I think I have insisted on that in the past. But then things like the D300s show up, and after just a few clicks of shutter, I was forced to sit back, grab a fistful of hair, and rue all the wasted time.

Now, I can’t claim to know this camera well at this point. But the controls are so intuitive, and all the functions I used to have to plow through menus to get to are right at the surface, often with dedicated controls. Right out of the box, with minimal tweaking, it takes images that are just clear as all get-out and vibrant to boot. I am duly impressed.

I haven’t had the chance to get any images out of the camera yet, but I will, and they’ll be here. Coming up this weekend, we have a couple friends in town, one of whom is about four months old, and both she and my daughter and going to get sick of the camera by midday Saturday or I’m doing something wrong.